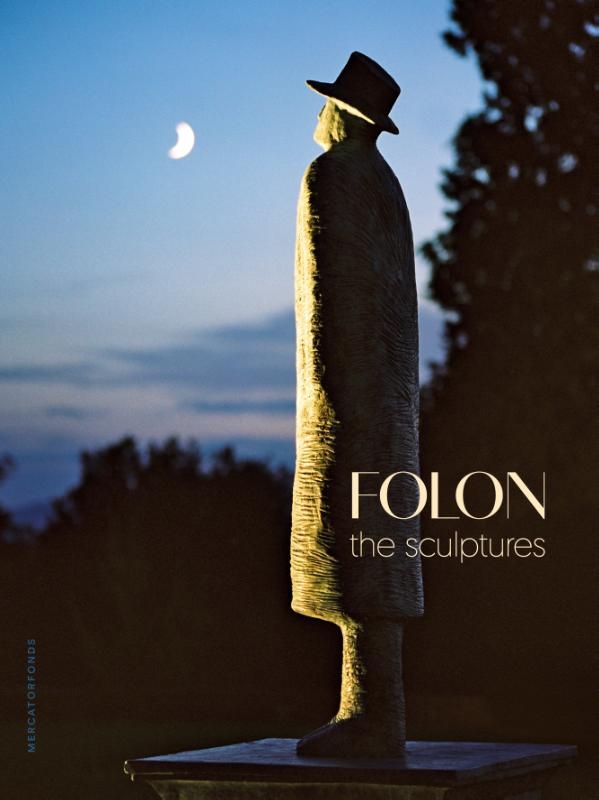 With his posters, illustrations, television animations and his many exhibitions the world over, Jean-Michel Folon (1934-2005) marked the global imaginary during the last third of the 20th century. He was a humanist who left behind him a figurative and poetic body of that, anchored in traditional techniques, were quite atypical in the artistic landscape of his era. Sculpture knocked like a challenge that Folon threw himself into headlong in the second part of his career. Throughout the 1990s, encouraged by the sculptor César, Folon focused on statuary, working both with direct carving and modelling, which he then translated to bronze or stone. Characterized by their frontality and corporality, which he sometimes enhanced with pigments and multiple patinas, Folon`s sculptures drew their inspiration from traditional arts (arts premièrs), ranging from the Cyclades to the Etruscans and from African masks to Indian totems. Predominantly centered on the human, these sculptures embody themes that the artist had treated graphically, thus projecting his universe into natural and moving environments. Nederlandse editie: 9789462302723