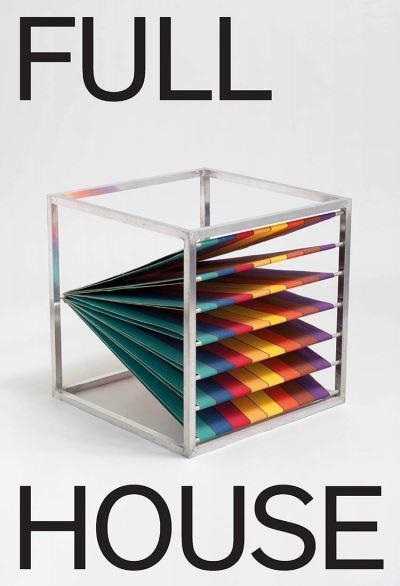 Full house is about two exhibitions that took place, five years apart, in the same building of the center of Brussels. Over 300 contemporary art works from the renowned collection of Frédéric de Goldschmidt were presented in total.
The first show, Not Really Really, was organized in 2016 in a building that had only been vacated a few months before by the mental health clinic that occupied the premises. The works were mostly sculptures made with objects from everyday life and played with the ambiguity of what the last occupants could have left and what the artists made on purpose. The building then underwent a long renovation: photos illustrate that process.
The second show, Inaspettatamente (Unexpectedly), is taking the viewers around the collection through the prism of the famous Arte Povera artist Alighiero Boetti with themes such as order and disorder, time, classification, the artist`s process or his/her position in world conflicts.
Curatorial texts and images of the works both in context and in studio allow the reader to discover and appreciate both exhibitions. A conversation with Frédéric de Goldschmidt gives unique insights not only on the exhibition but also on the collector`s process.
An introductory essay finally puts the building in its historic context of the former harbor of Brussels, now one of the artistic hubs of the city.
The book`s structure, design and production translate the experience of the two shows into a unique object.