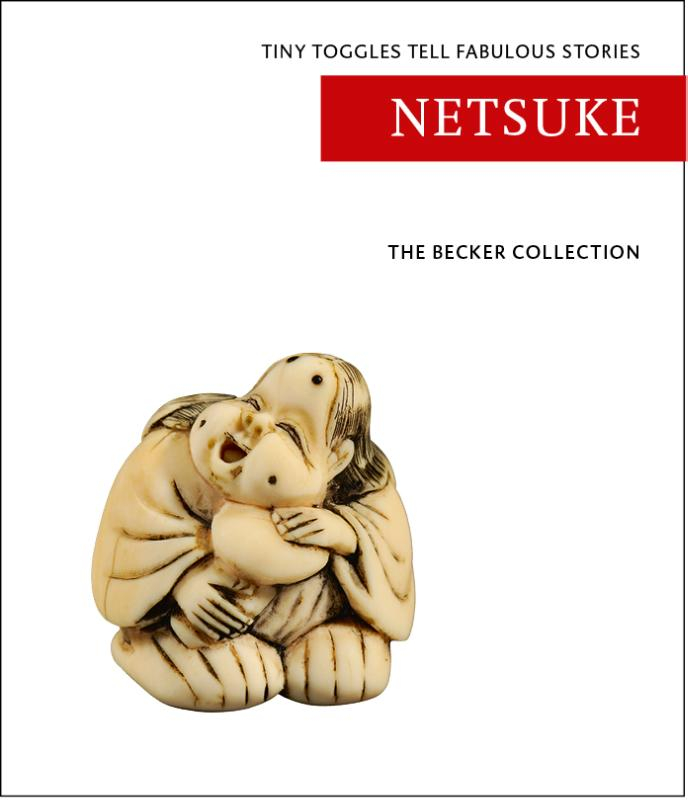 This volume is the fourth in the series `The Becker Collection` and contains our private collection of 216 netsuke and okimono netsuke-style, acquired over a period of approximately 50 years.

The collection reflects our personal taste. The world of netsuke is fascinating, not only because of the excellent craftmanship and artistry, but also because of the fascinating stories that underly the choice of subjects by the carvers. The latter has been our main motive to collect these tiny toggles with their fabulous background stories.
We have chosen to organize our catalogue based on the historical evolution of netsuke a part of the sagemono, in a society with a gradual uprise of welfare causing levelling of the ruling hierarchy.

Hence, we recognize an early period, up to the late 18th century, a transitional period, late 18th / early 19th century, a middle period, 19th century up till the Meiji era, and a late period, Meiji and beyond, including contemporary netsuke and okimono netsuke-style.

Each object has been photographed extensively together with signatures when present. A brief description of each object is provided, together with relevant background information about the subject matter. An essay `Netsuke in historical perspective` accompanies the catalogue. [Ton & Mies Becker]

Bij u in huis op: donderdag