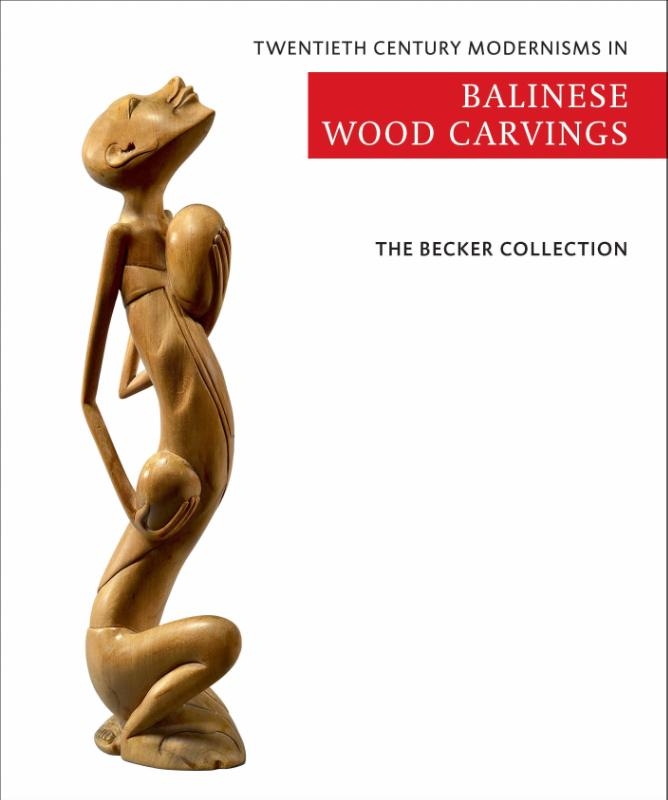 This book contains the catalogue of the private collection of twentieth century “modern style” Balinese wood carvings, collected by Ton and Mies Becker, both retired medical specialists and collectors of Asian art. Between the 8th and 10th century Hindu influences spread to Bali and blended into the exiting Balinese mix of animistic and Buddhist styles and subjects, known as Bali Aga. Hence, in due time the craftsmen obtained the subjects for their works from the Hindu-Balinese religion and their heroes and demons from famous Hindu epics. This particular style became known in the Western art world as the “Traditional or Old Balinese style”. In the 20th century the arts and crafts scene in Bali changed completely. First because of Western artist who visited Bali and stayed on to work there and, second, because of the gradual influx of increasing numbers of foreign tourists. In addition the Dutch colonial government started a military campaign to control the powerful kingdoms of central and southern Bali. As a result the local craftsmen lost their royal support and soon realized that foreign tourists were not particularly interested in gods and heroes. Hence, stimulated by some of the Western artists who had settled in Bali, they turned to secular subjects taken from nature and everyday life and became more impressionistic in the execution. This led to a range of new styles, often impressionistic and sometimes even minimalistic and caricatural with bizarre elongated shapes or solid compact forms. In this book we are concerned with this particular type of 20th century “Modern Style” Balinese wood carving. The catalogue contains 40 objects of “modern style” wood carving, representing different styles. Each object is photographed, both as an overview and in details if so requested. A brief description of each object is provided, together with the estimated date, and additional information is provided if considered useful. The catalogue is preceded by an essay on the history of Balinese wood carving.