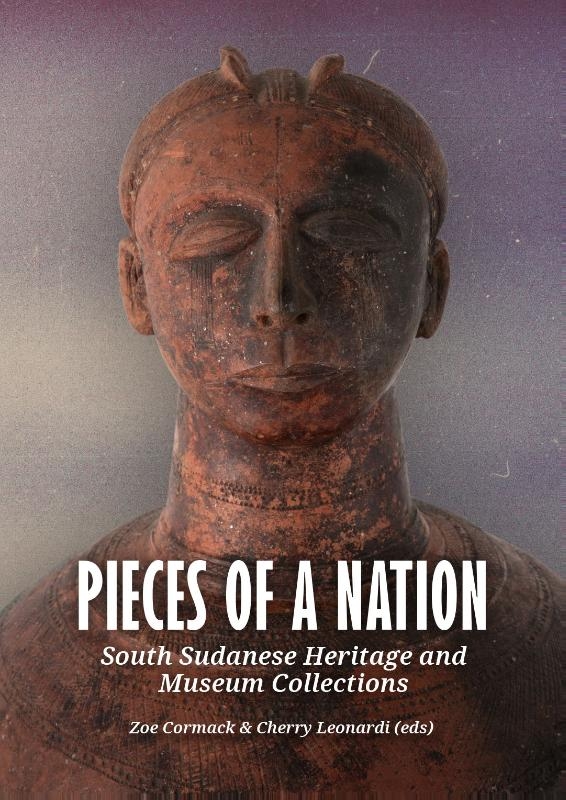 South Sudan became independent in 2011 after decades of rebel wars with the Government of Sudan. Independence prompted discussions about South Sudanese identity and shared history, in which material objects and cultural heritage featured as vitally important resources. However, the long-term effects of colonialism and conflict had largely precluded any concerted attempts to preserve material culture within the country; museums remained in Khartoum, the capital of the formally united Sudan. Furthermore, tens of thousands of objects had been removed from what is now South Sudan during the nineteenth and twentieth centuries to museum and private collections around the world.

The chapters discuss a range of different objects and practices – from museum objects taken from South Sudan in the context of enslavement and colonialism in the nineteenth and twentieth centuries to efforts by South Sudanese to preserve their country’s cultural heritage during recent conflicts.

With essays by 32 contributors in Europe, South Sudan, Uganda and Australia, this book delivers a unique range of perspectives on museum objects from South Sudan and on heritage practices in the country and among its diaspora. Written by curators, academics, heritage professionals and artists in accessible and engaging style, it is intended for scholars, museum professionals and a wide range of individuals interested in South Sudan, African arts and cultures, the history of museum collecting and colonialism and/or the role of material heritage in peacebuilding and refugee contexts.

At a time of widespread, prominent debates over the provenance of museum collections from Africa and calls for restitution, this book provides an in-depth empirical study of the circumstances and practices that led to South Sudanese objects entering foreign museum collections and the importance of these objects in South Sudan and around the world today.

From ‘Bush’ to ‘Boudoir’
Zachary Kingdon

The Musealization of the Gift
Paola Ivanov

‘Captured’ at the Battle of Omdurman
Nick Badcott

‘Spears’ that are not Spears
Jok Madut Jok

Out of Frame
Chris Morton

The Market in Memory
Zoe Cormack

Of Replicas, Refusals and Resistance
Elfatih Atem and Rebecca Lorins

Heritage in War and Peace