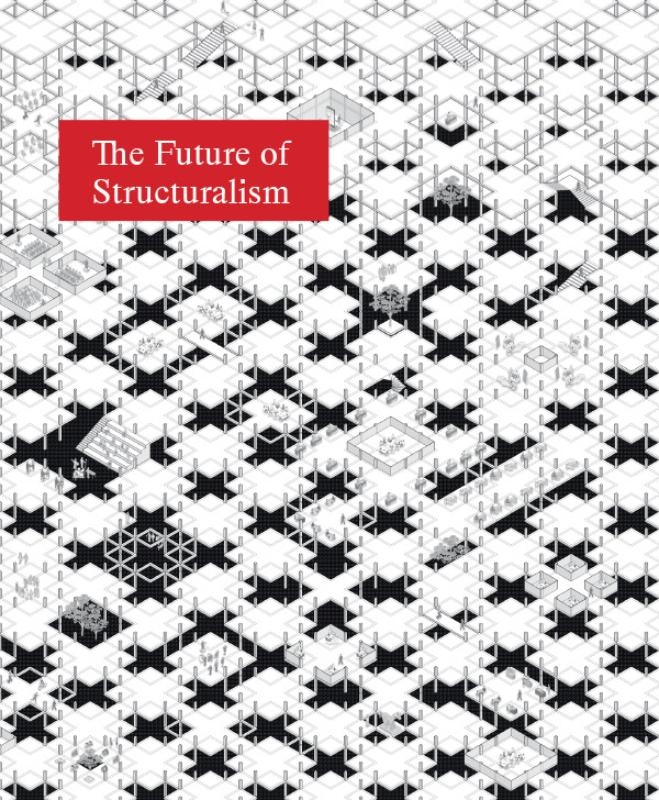 Structuralism represents an architecture that can interact, grow and adapt. The buildings can be recognised by their vivid open structures, composition of small units, and a spatial organisation like a city. As a reaction to CIAM functionalism, the avant-garde members of Team 10 proposed inclusive and social space and a more human form of urbanism and architecture. Starting in 1959, Dutch Structuralism became a very influential movement in the development of architecture in The Netherlands. Structuralism has been the focus of the 2017- 2018 educational programme of the Section Heritage & Architecture at the Delft Faculty of Architecture. It has been a resounding success and is has been a pleasure to see so many young designers being inspired by the works and concepts of what is one of the most influential movements in post-war architecture in the Netherlands. In various Master studios, 64 students have surveyed and analysed four icons of Structuralism before embarking on a redesign project for their adaptive re-use: the Centraal Beheer office building, designed by Herman Hertzberger, the Faculty of Arts building and the Willibrordus Church, both designed by Joop van Stigt, and Aldo van Eyck’s Pastor van Ars Church in The Hague. This project ‘The Future of Structuralism’ shows our search for what Structuralism is and our assessment of some of its opportunities and shortcomings. But most importantly, it focusses on potential strategies for reuse. The structure of this booklet is thematic. By focusing on several themes that were important in Structuralism, we aim to link ideology, current examples from practice of transformed Structuralist buildings and design strategies. Through an exhibition, a debate and this publication, we hope to bring the work from within the chair to a wider audience and add new perspectives to the debate on the movement and its future values.