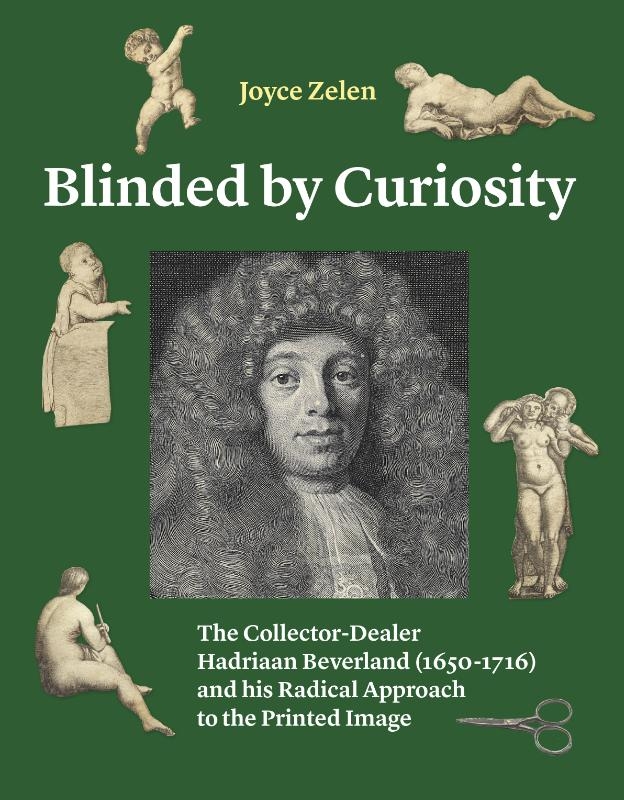 Joyce Zelen
Blinded by Curiosity
The Collector-Dealer Hadriaan Beverland (1650-1716) and his radical Approach to the Printed Image
€ 34.50
Levertijd: 1 tot 2 werkdagen

This book explores a phenomenon in the history of print collecting that has never been extensively investigated: the cutting and pasting of prints in the Early Modern period. The book focuses on the colourful Dutch classical scholar and libertine Hadriaan Beverland (1650-1716). Beverland was banished from the Dutch Republic in 1679 for publishing blasphemous, heterodox, and provocative scholarly texts on sex and sin. Books that dealt with e.g. prostitution in ancient times, original sin as the first act of sexual intercourse, and the sexual lust of women, were considered dangerous to Dutch public morality. In 1680, Beverland fled to England, where his friend Isaac Vossius took him in. It was here that Beverland began cutting (nowadays) costly etchings and engravings and arranging the cuttings into collages. These collages, which again demonstrated his interest in sexual matters, survived in two illustrated manuscripts, now in the British Library and the Bodleian Library (Oxford).

This study aims: 1) to reconstruct Beverland’s life in England, primarily concentrating on his interests and dealing in art and books; 2) to map the Early Modern practice of cutting and pasting prints, on the basis of remaining cuttings as well as textual sources from Beverland’s day; 3) to present a comprehensive analysis of the two illustrated Beverland-manuscripts in terms of form and function.

Joyce Zelen is a Jacoba Lugt-Klever Research Fellow at the RKD (Dutch Institute for Art History) in The Hague and the Fondation Custodia in Paris.

Levertijd: 1 tot 2 werkdagen
Copyright © 1996- All rights reserved | Deze website maakt gebruik van cookies
This template is made with by Colorlib